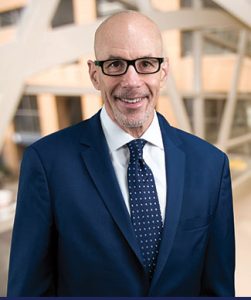 PHILADELPHIA  Eight years after being named President of Thomas Jefferson University and CEO of Jefferson Health, Stephen K. Klasko, MD, MBA, will retire from his position, effective December 31, 2021. He will remain a special advisor to the Jefferson Board of Trustees for the innovation and philanthropy pillars through the end of Fiscal Year 2022.

"I'm most proud of the people at Jefferson, who responded as heroes these past 18 months. Together we have re-imagined what health, education and research can be for the future, and I believe Jefferson is on course to lead that revolution," Klasko said.

As President of Thomas Jefferson University and CEO of Philadelphia-based Jefferson Health, Dr. Klasko steered one of the nation’s fastest growing academic medical institutions based on his vision of re-imagining higher education and health care. He played a key role in executing the 2017 merger of Thomas Jefferson University and Philadelphia University, which created a pre-eminent professional university that includes top-10 programs in fashion, design and occupational therapy.

Under his leadership, Jefferson Health has grown from three hospitals to 18 with revenues that grew from $1.5 billion to more than $6.7 billion, annualized. With the pending acquisition of HealthPartners Plans, a health insurer of nearly 250,000 adults and 11,000 children, Jefferson will have grown to approximately $8.1 billion in revenues with more than 45,000 employees, since Klasko was recruited in June 2013.

Outside investments have increased dramatically during his tenure, especially through research grants and philanthropy.  Klasko secured a $110 million gift, Jefferson’s largest ever, to rename Jefferson Medical College to Sidney Kimmel Medical College. Then, in 2019 the Kimmel Family donated another $70 million gift, Jefferson’s second largest in its history, to help build the Caroline Kimmel Research Building, which will transform the Locust Street corridor and enable Jefferson to draw more principal investigators to drive research and discovery.

‘Health care at any address’ has been Klasko’s dream for Jefferson since he was hired. That led to a major investment in telehealth in 2014 to create JeffConnect®, one of the largest specialty telehealth services in the nation exclusively staffed by Jefferson providers, which became a key access point for consumers during the pandemic when many were concerned about entering healthcare settings.

The clinical team at Jefferson Health led by President Bruce A. Meyer, MD, MBA, treated the highest volume of COVID-19-positive patients in the region and has been lauded for its customized approach to visitation at the beginning and end of life during the surge. Meanwhile, the academic team, led by Thomas Jefferson University Provost Mark Tykocinski, MD, created a nationally lauded “hybrid-flex” model of education for the two campuses – a unique blend of online and safe in-person education - while standing up more than 2,600 online classes within days of the lockdown.

Despite the pandemic, construction is well underway on the Specialty Care Pavilion on 11th and Chestnut Streets, an iconic, 19-story building that will transform midtown and was recognized as the Real Estate Deal of the Year by the Philadelphia Business Journal in 2021. The project is expected to be completed during Jefferson’s 200th anniversary in 2024.

Klasko is stepping down to concentrate on the critical need to reform America’s fragmented, disconnected and expensive healthcare system, and instead create a new system of health assurance which helps patients and families live their best lives.

In commenting on his planned retirement, Klasko noted, “I am so proud of what we’ve been able to accomplish at Jefferson. Our unique four-pillar model of academics, clinical, innovation and philanthropy helped transform the organization into the innovative, entrepreneurial model we have today. Our Board of Trustees took the bold step in 2013 to take the organization in a new direction, and I thank them, my management colleagues and all of our Jefferson faculty, students and staff for all they have done to drive our success. I have been blessed to work alongside a group of trustees from 2013 to today that understand Jefferson’s incredibly important role in advancing education and health care for ALL Philadelphians. I am very proud of our blueprint for strategic action that transformed Jefferson’s mission to ‘We Improve Lives’ which led to transformational gifts such as the Frazier Family Coalition Stroke Education and Prevention in North Philadelphia, and the Closing The Gap by zip code initiative in collaboration with Novartis and Temple University.”

Jefferson’s Board of Trustees’ Chair Patricia D. Wellenbach said: “Dr. Klasko has been tireless in his entrepreneurial drive, but as important as his creativity and energy has been his commitment to diversity, inclusion and community engagement. His efforts in launching the Philadelphia Collaborative for Health Equity have made meaningful progress in addressing the health disparities of the city’s residents. We have an incredibly strong and dedicated management team to carry on the Klasko legacy, and we thank him for all he has done for Jefferson.”

Emeritus Board Trustee H. Richard Haverstick, Jr. will serve as interim President and CEO as of January 1, 2022.  Mr. Haverstick will have the wholehearted support of Jefferson’s executive cabinet leadership team, including its clinical and academic leaders Bruce A. Meyer, MD, MBA and Mark L. Tykocinski, MD as the Board embarks on a national search for Klasko’s successor. This search will be led by Leslie McNamara, Vice Chair of the Jefferson Board of Trustees, and guided by the important work the Board has already begun around the ‘CEO of the Future.’