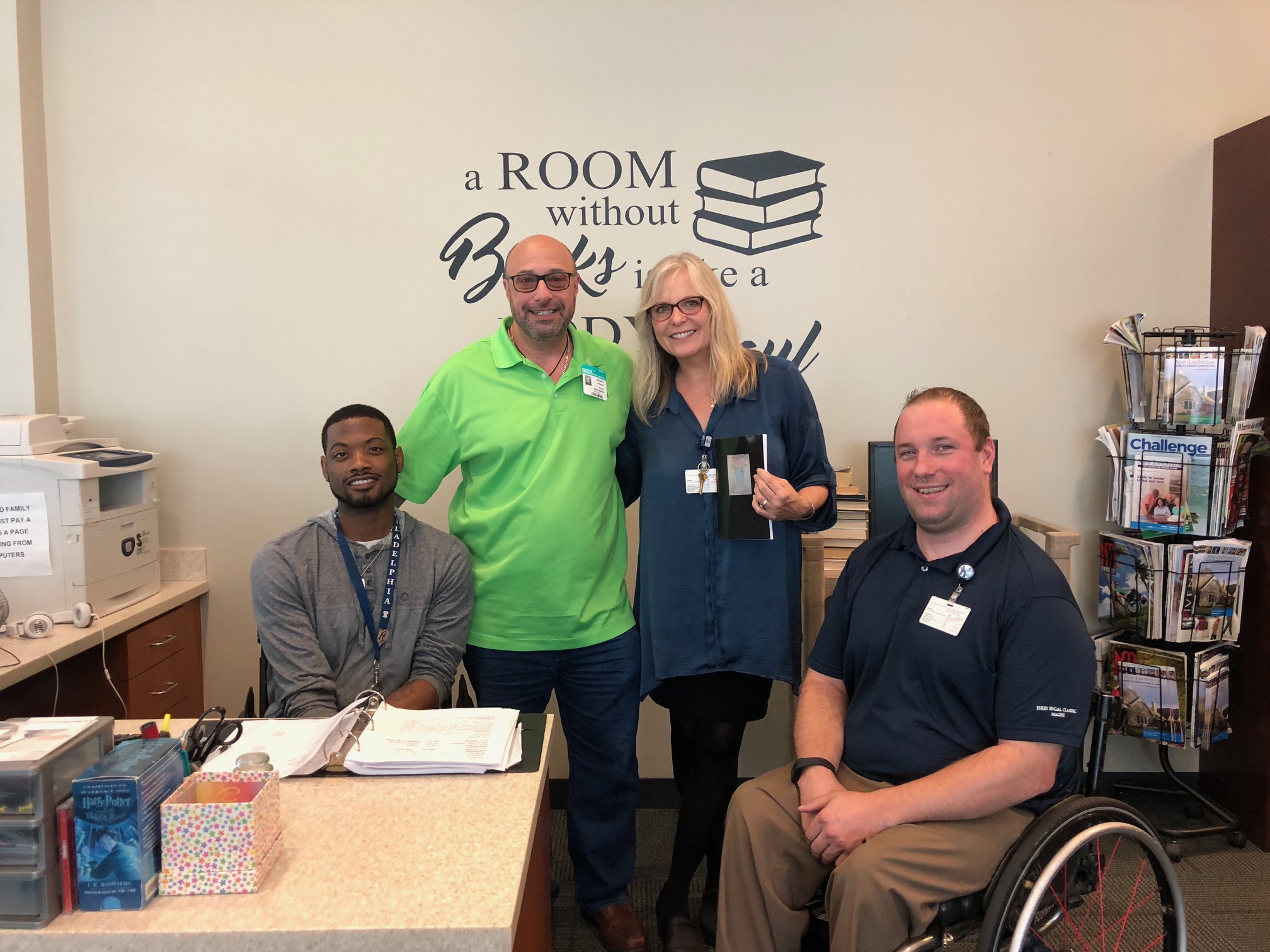 Back on Course: Tony’s Story

Tony Degliomini is no stranger to challenges. Back in 2011, the then 48-year-old was struggling with his weight, at 265 pounds with a 46-inch waist. He knew he had to make a change for his health and to be able to enjoy many more years with his wife and two children. He put his mind to it and lost a whopping 100 pounds: through dedication, smart nutrition, and exercise, mainly cycling. In 2012, he was hit with bladder cancer, and he turned the diagnosis into motivation to get into even better shape.

Fast forward to 2015. Now an avid cyclist, Tony was participating in a charity bike ride one spring morning. With the finish line in sight, Tony hit a sinkhole and was thrown from his bike. He woke up laying in the street and couldn’t feel anything. He had a concussion, broken nose and teeth, and a spinal cord injury. Tony was rushed to Thomas Jefferson University Hospital where he would spend a week in the ICU. His spinal cord was fused C3-C6. He spent the next month at Magee.

“I remember one of the first nights here texting my wife and telling her I missed home,” Tony recalls. “I knew that there was no quick way out. It was going to take a lot of hard work and me putting my mind to it, listening to the people here and using their expertise.”

When Tony arrived at Magee, he couldn’t walk and had to relearn how to use his hands. He says he always had a vision of walking out of Magee, and he did. But he would still get irritated at times thinking of the progress in his health and fitness that was lost due to his injury.

“You become very frustrated because you want be the old me,” Tony says. “Well, I’m never going to be the old me. There’s just ‘Tony 2.0’ now, and this Tony is much more aware of the love and compassion of people than I used to be.”

Now back at home and back to work, ‘Tony 2.0’ and his wife, Karen, attended Magee’s annual Night of Champions fundraiser on May 5, 2018. The event raises money for patient and community programs at Magee, such as wheelchair sports and Art Therapy. Tony and Karen sat with wheelchair athletes and reconnected with his doctor and other staff.

“Night of Champions was the icing on the cake because it allowed me to return home to my Magee family,” Tony says. “The Magee family is an elite group of people, a fraternity.”

On the third anniversary of his accident this spring, Tony published a book of journal entries called “Believe.”  Last week, he visited Magee to autograph some copies for the Patient Resource Center.

“It’s a short story but it delivers a strong message,” Tony says. “You can’t go back; you only can go forward. It’s about celebrating what you have today.”

To learn more about the Spinal Cord Injury program at Magee, click here.