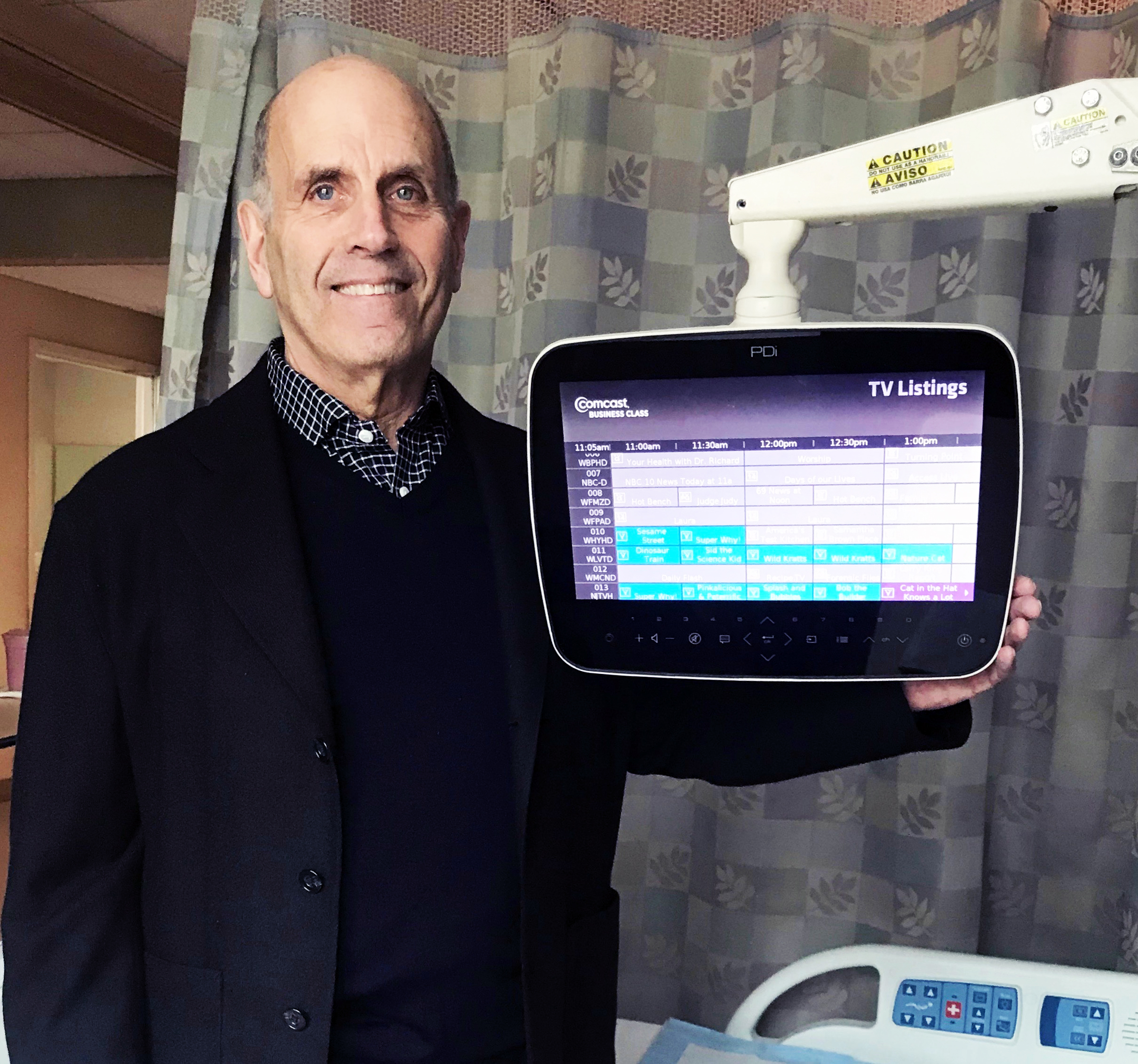 Five years ago, Marvin Bank became a Magee patient after surgery for a brain tumor left him partially paralyzed. Marvin worked hard during his therapy hours to regain his independence, but he was often frustrated when he returned to his room. An avid Phillies fan, he simply didn’t enjoy watching baseball games on the small, 15-year-old television set that was attached to his bed.

After his recovery, Marvin learned that—as a non-profit hospital—Magee relies upon donor support for many of the programs and services that are critically important for patients and families. When considering the magnitude of those programs and services, Marvin realized that television sets probably weren’t very high on the priority list for funding, so he decided to lead the charge to bring new TVs to Magee patients.

Working with members of the Magee Rehabilitation Hospital Foundation staff, a campaign was designed and Marvin developed a list of friends and family members to ask for support. In his appeal letter, he said:

“My time as a patient presented many challenges and frustrations to me, and I am sure it’s similar for every patient. If you join me in this campaign, we can be sure that enjoying a Phillies, Eagles, or Flyers game, or a favorite TV show will no longer be one of them.”

Marvin, determined to provide this improvement to Magee patients, set an incredibly lofty goal: he would raise the full $50,000 required to replace the 95 televisions in patient rooms. The first campaign gifts were received on November 1, 2017, and just recently, through a combination of gifts already received and a few donors making additional pledges, Marvin’s goal was achieved.

“It was really great to work with Marvin to make this happen,” said Mark Chilutti, Assistant Vice President of Development. “He was determined to reach his goal, and we are just so grateful to all of his friends and family members who supported the campaign. Most importantly, our patients love the new TVs!”

Magee is grateful to Marvin for making a positive difference in the lives of our patients. If you’d like to learn ways that you can help, please contact Mark Chilutti at mchilutti@mageerehab.org or 215-587-3226.

PHOTO: Marvin Bank, a former Magee patient, raised $50,000 to install new TVs in every patient room at the hospital.