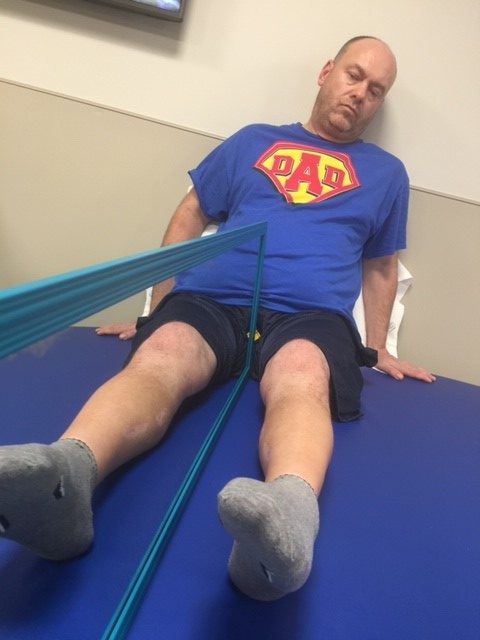 Posted by Alexandra.Hackett@jefferson.edu on November 20, 2019 | No Comments » » 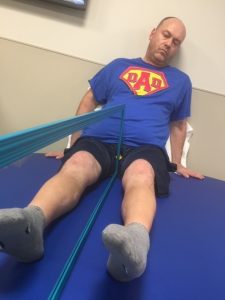 Paul Miles is proud to work for the US postal service. As a mail carrier, he loved being outside and greeting the people along his route. He started three years ago with the intention of making it a life-long career.  Last summer, though, a random and devastating accident on the job brought his days as a mail carrier to an end.

On the morning of June 26, 2019, Miles was in the back of his mail truck preparing for his deliveries in Southwest Philadelphia, when he heard a loud racing sound. A stolen car being chased by police had lost control as it approached the intersection. Paul looked up and saw the vehicle speeding towards him.

“I had 3 seconds to react. I just froze and the car hit me,” he recalled.

His legs were crushed. The left leg was broken in six places. The right leg couldn’t be saved and was amputated above the knee. After three weeks of surgeries and recuperation at a local hospital, Miles arrived at Magee for intensive inpatient physical and occupational therapy.

“Paul was absolutely motivated from day one,” said Magee Occupational Therapist Sheila Wilson. “He was eager to figure out what he needed to do in order to be independent.” 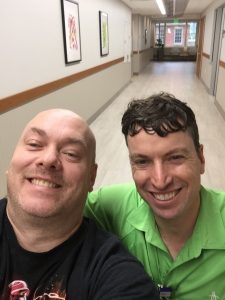 But the road to recovery wasn’t going to be simple or easy. Miles couldn’t put any weight on his left leg, because it was still on the mend from the surgeries. He had some wound healing issues from the amputation on his right leg. He was also in a lot of pain.

“A few days after the accident I started feeling a burning sensation where my right leg was supposed to be,” Miles said. “At times it also felt like someone was grabbing my foot and squeezing it.”

What Miles was experiencing is known as phantom limb pain. It is thought to be caused by mixed signals from the brain or spinal cord.  Up to 80 percent of the amputee population is thought to have been impacted in some way by phantom limb pain. For Miles, the spells would last a few seconds to a few minutes. It was so physically debilitating that it interfered with his ability to complete rehab tasks and it kept him up at night. It was also emotionally exhausting.

“Initially we focused on trying to get him to tolerate being out of bed for the day,” said Jeffrey Trexler, Magee physical therapist. “Also, we spent time educating him about what it’s going to be like to live with a lost limb and preparing him for what’s to come in the future.” 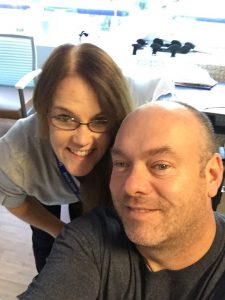 Sitting upright on a cot with his left leg at a 90 degree angle, Miles placed a mirror between his legs to reflect an image of his intact left leg. When he looked down it gave the illusion of two intact limbs. Much to his surprise, the pain relief was almost immediate.

“No one can really know what this is like unless you’ve had a similar condition,” Miles said. “Within five minutes the pain went away.”

“On a scale of one to ten, Paul’s pain would be high. He would have a six, seven or eight, which is anticipated with the nature of his injury,” Trexler explained. “And then he would hold up the mirror and the pain would all melt away. His mind was blown.”

It’s not known exactly how this technique helps the pain dissipate, other than it tricks the brain into seeing two limbs. In Miles’ case, mirror therapy was key to helping him reach therapy goals, sleep better at night and improve his overall mood. He also no longer needed pain medication.

“He is able to manage his symptoms to have a more productive day,” said Trexler. 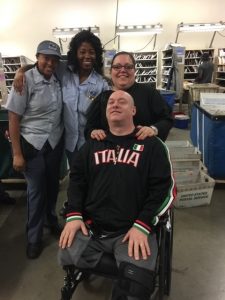 During his two months at Magee, Miles learned how to take care of himself while his body was recovering. First he worked on tasks at the wheelchair level, things like getting himself washed and dressed, navigating the kitchen and cooking meals. When his sound limb was healed, he worked on standing balance, strength and endurance.

Miles is grateful to his family who have been at his side since day one, as well as his Magee care team for helping him regain his independence for this next chapter of his life.  As he continues his progress in outpatient therapy, he will work towards his goal of returning to work.