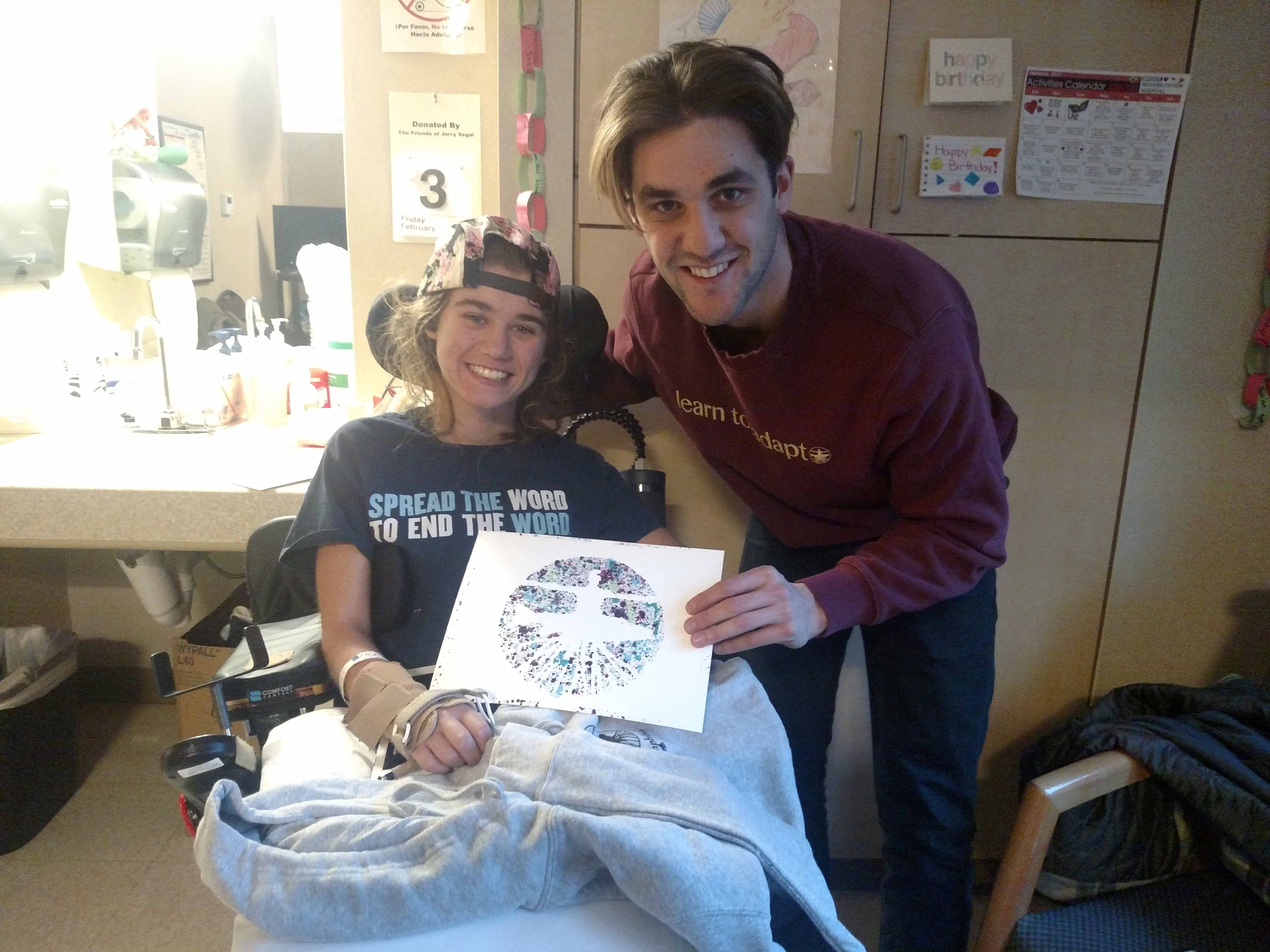 Before arriving at Magee, 18-year-old Maddie Duffy was already an accomplished artist. As soon as she arrived at the hospital and learned about Art Therapy, she was enthusiastic and determined to continue making art, even if it was in a different way than she was used to. What’s more, Maddie learned she could receive high school credit for participating in Art Therapy.

In co-treatment sessions with Art and Occupational therapies, Maddie developed a “spitball” painting technique which allows her to make art by blowing through a straw to splatter paint onto the canvas. This technique has become Maddie’s signature style – one which is now helping her raise money to pay for the expensive equipment she needs.

After Maddie’s accident, her aunt got in touch with the designer of Amphibia Apparel, Scott Fisher. Maddie loves their hats and was wearing one on the day of her injury. The hat was lost in the accident, so Maddie’s aunt wanted to brighten her day by getting her a new one. Not only did Scott provide a new hat, but he also took an interest in Maddie’s story. Upon learning that she is an artist, he asked if Maddie might be interested in helping him design some apparel for his spring collection. Over the next couple of weeks, the #MADSTRONG t-shirt was designed, using Maddie’s painting technique and the company’s logo. Amphibia Apparel has pledged to donate 100% of the profits from the t-shirts to Maddie’s family to help with their expenses.