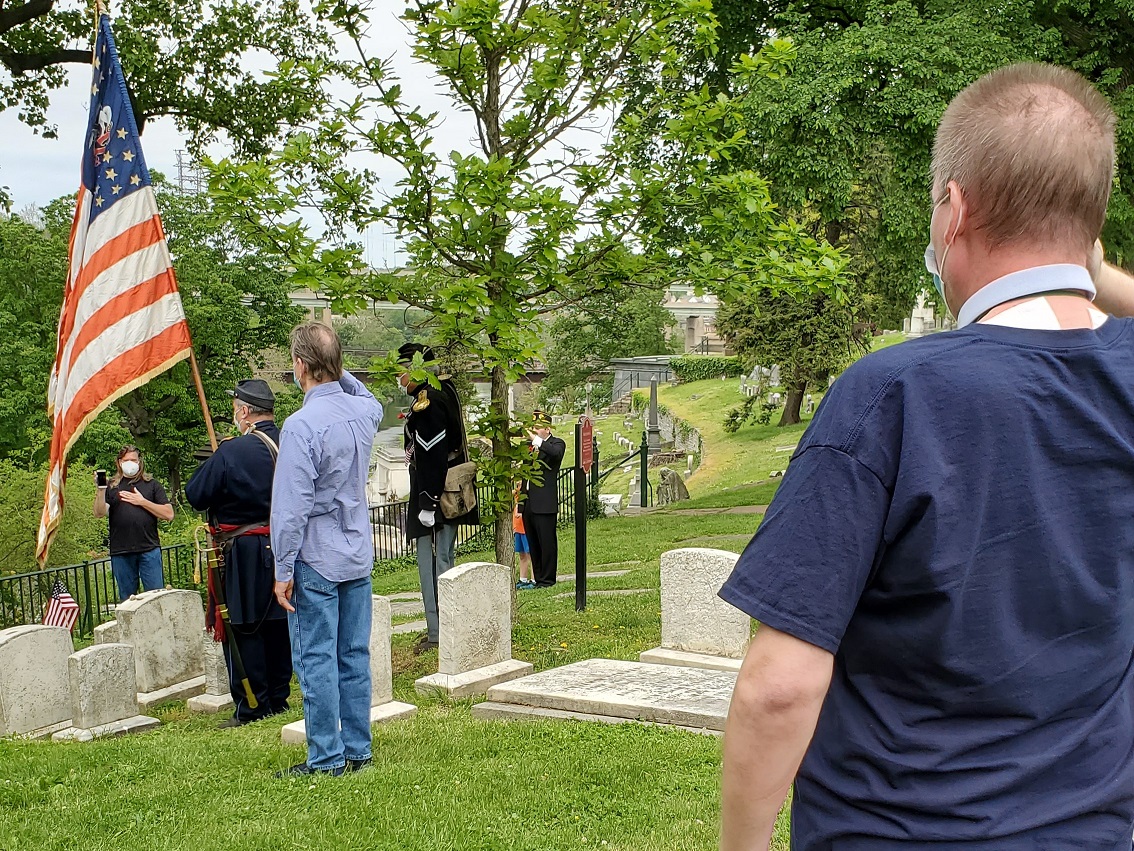 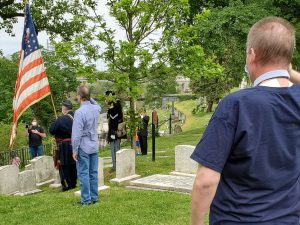 As Memorial Day approached, Jeremy Zaleski sat inside Magee Rehabilitation Hospital in Philadelphia wondering if he would be able to carry on his annual tradition, paying tribute to fallen soldiers at a local cemetery. Several months earlier, the Burlington County, NJ, native and Navy veteran fell off the back of a flatbed truck while he was working. As a result of the accident, Jeremy suffered a spinal cord injury, requiring extensive physical rehabilitation.

“When I came here I could not sit up on my own or move my arms. Today, I can function independently and walk on my own,” he said. “Rehab taught me about the ability to adapt and overcome.”

Jeremy was making tremendous strides in his progress at Magee, then the US was hit with the COVID-19 pandemic. His spinal cord injury necessitates a trach to help him breathe, which makes him especially susceptible to infections. With the threat of the coronavirus looming, discharging Jeremy from the hospital for outpatient rehab would be hazardous to his health. Jeremy’s care team developed an alternative program that mirrored Magee’s outpatient Day Rehab program to keep him safe within the confines of the main hospital.

“This new body has a few hiccups and the team at Magee does so much to help me out,” said Jeremy.

Team Magee knew about Jeremy’s service. He had shared with them about leaving his hometown, the small farming community of Louisa, Virginia, and joining the Navy in 1993. It allowed him to see the world. Over the course of his enlistment, Jeremy served as an Integrated Weapons Tech for the F-14 “Tomcat,” where he was responsible for the electronics on the aircraft.

“Military service meant so much to me,” said Jeremy. “I had some great experiences during those four years in the Navy and it allowed me to better myself.”

Every Memorial Day for the last two decades, Jeremy has made a point to pay his respects to fallen soldiers. He hoped this year wouldn’t be any different. However, he had not been outside of the hospital since he was admitted.

“I was a little concerned that I might not make it to a ceremony this year,” Jeremy said. “I understood my condition, but thought it couldn’t hurt to ask my doctor, Dr. Brian Kucer.”

“Jeremy had made the request the week before and he really doesn’t ask for anything,” said Katie Mullen, Jeremy’s occupational therapist. “I was so impressed by how dedicated he was to the cause.” 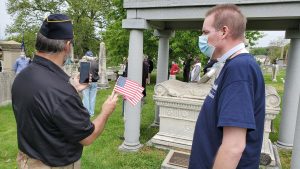 One aspect of Magee’s Day Rehab program helps patients adapt to life outside the hospital by taking them on excursions into the community. The veterans’ event was a perfect opportunity for Jeremy, and it was made possible with the support of his Magee care team and Paradigm, the company responsible for Jeremy’s catastrophic care management.

On Sunday, May 17, Jeremy and Katie made their way in a transport van to Laurel Hill Cemetery in Philadelphia.  They made sure to wear the appropriate personal protective equipment and practiced social distancing for the outing. During the ceremony, organized by The General Meade Society of Philadelphia and the Friends of Laurel Hill Cemetery, American flags were carefully placed on the grave sites of veterans that served in our nation’s wars. Jeremy explained to Katie the significance of the service and how many veterans were buried there. The entire experience left a lasting imprint on both of them.

“It is a physical showing of respect and remembrance to those who are ‘still on watch’,” explained Jeremy. “We have not forgotten our debt to them.”

“I told him I had never done something like this before and his response was “Why not?’ He just reminded me of what I take for granted,” Katie said.