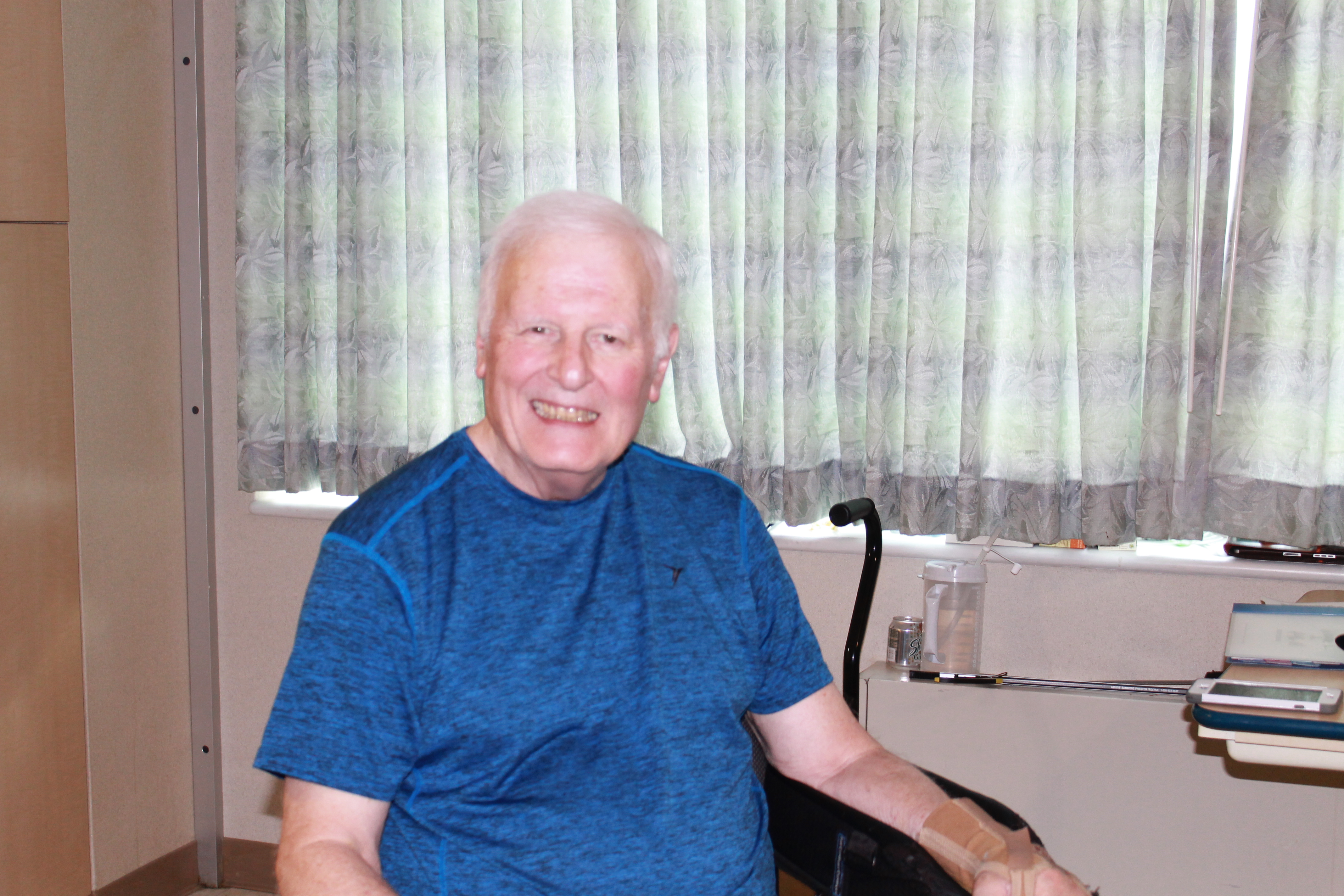 A Veteran Battles Back From Stroke: Wayne’s Story

Today, I have the honor of introducing you to Wayne Long, a Magee patient currently recovering from a stroke he had in December 2016. From the first time I met Wayne, he put an instant smile on my face. He’s a warm, polite, Southern gentleman with a long career serving in our nation’s military. His motivation to return to his previous level of function is unlike anything I’ve ever seen. His positivity is endless. He served our country for many years, and now Magee has the pleasure of serving him as a patient on his road to recovery.

Ashley: Wayne, could you tell us a little bit about yourself?

Wayne: I was born in New Orleans, LA but my family moved to Shreveport, LA after my father returned from Word War II. I finished high school in 1956 there and attended Texas A&M University. I left school in 1959 and joined the US Army, graduating from Officers Candidate School in 1960 as a 2nd Lieutenant.

A: Could you tell us more about your military career?

W: My 27-year career as an Army Special Forces Officer extended from the Cuban Missile Crisis, through the Vietnam War to Delta Force and the attempt to rescue US Embassy hostages in Iran in 1980, to the invasion of Panama and the capture and arrest of then-President Manual Noriega, to the first Gulf War. I retired from the US Army as a Colonel in 1991.

A: Wow! Thank you for your service to our country. What have you been doing since your retirement from the military?

W: Following military retirement, I was hired by the United Nations as their chief security advisor in Somalia in east Africa and served there for 10 years. This included the Black Hawk Down period memorialized in a book and movie. Frequent travel took me to other parts of Sub Sahara Africa. I took a second retirement from the U.N. in 1996 after serving in their New York City headquarters. Since the U.N. retirement I have served as CEO of a small service company specializing in security support and logistic support operations for large international organizations and companies doing work in Africa.

A: It sounds like you’ve traveled to some interesting places in your career, but I’m sure you never expected to come to Magee. In December 2016 you had a stroke and you came to Magee for rehab shortly after. What has been your favorite part of therapy at Magee?

W: I like physical and occupational therapies equally, although the superb help I have gotten with speech has really materially assisted me in communication and that is also really appreciated. I am totally immersed in the therapy which will return me to as normal a life as is physically possible.

A: What has been the biggest challenge for you in rehab to recover from your stroke?

W: The biggest challenge for me in rehab is coordination of walking and controlling my cane.

A: How has your military training helped you with overcoming your stroke?

W: The military [taught me] personal self-discipline in terms of objectively analyzing and addressing problems, and devising and working through tough solutions, which has best served me in coping with the personal crisis brought on by stroke.

A: What are your plans for life after Magee?

W: After I leave Magee, I will take up residence at a retirement community near my daughter and family here in the area. I will also start outpatient rehab at Magee’s Riverfront location.

A: What advice would you give to another patient who had a stroke?

W: My advice to a fellow patient would be to never give up. Never ever give up. Much is possible if human will power is brought to bear.