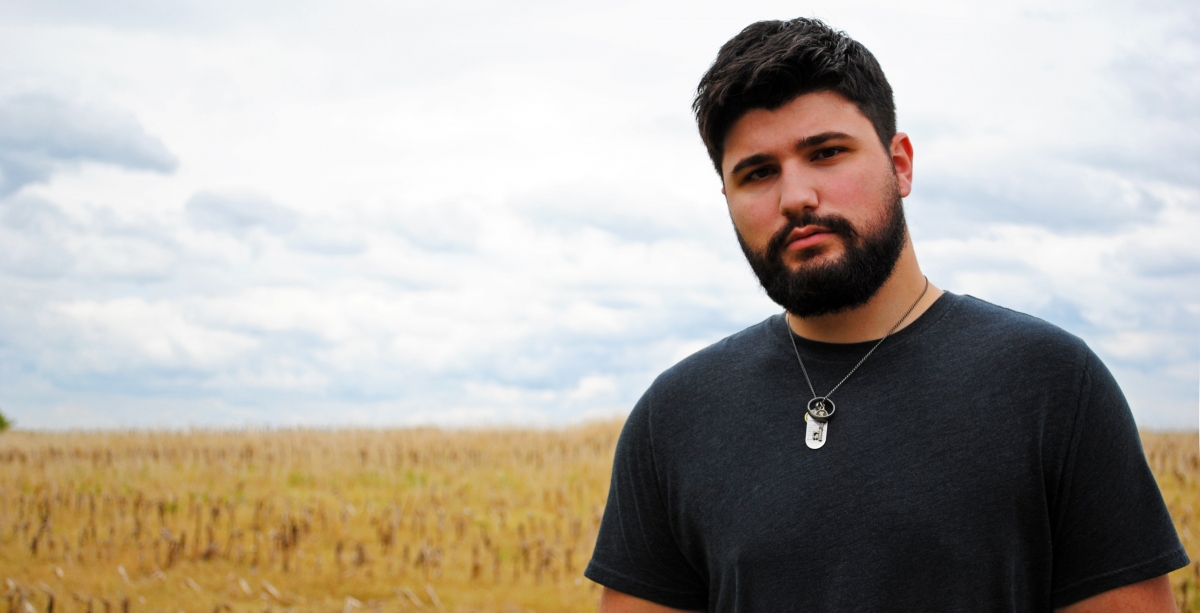 More than 800 miles separates Nashville, TN and Norristown, PA, but that makes no difference to Lenny Martelli. The 22-year-old Montgomery County native has found a second home in Music City and has the Southern twang in his singing voice to prove it.

“I was around music my whole life, started playing guitar in 7th grade,” Lenny says. “I really just wanted to write memorable songs, and more and more people would stop me and say, ‘That sounds like a country song.’ Country music is all about storytelling, and that’s what I love.”

But Lenny’s own story has more drama than any country ballad. Back in 2010, at just 15 years old, Lenny faced the biggest challenge of his young life. An accident on a trip with friends injured his spinal cord.

“I tried to yell for help, but my diaphragm was paralyzed, so nothing came out,” Lenny recalls.

Quickly, Lenny was airlifted to Hahnemann University Hospital for surgery on his shattered vertebrae. His spine was fused from C7 to T1, and he spent a week in the ICU.

When Lenny got to Magee, the star football player, with Big Ten schools ready to recruit him, couldn’t lift a one-pound weight.

“I was just completely drained,” Lenny says. He was in a power wheelchair and had zero abdominal control. Lenny’s injury was incomplete, so there was hope that he might walk again. But that could’ve been a good 10 years off.

Each day in rehab brought small gains. He would get violent leg spasms at night. Then one day he moved his foot on his own.

“Each morning, Dr. [Guy] Fried would say, ‘You’re one yard closer to your touchdown,’” Lenny remembers.

After a while, Lenny could move on command, then he could do it five times in a row. Then he could move faster. Lenny went from needing five people to help him stand, to three. He walked out of Magee with two therapists supporting him.

On his first day at Magee Riverfront, Lenny walked on his own. Locomotor Training helped immensely; Lenny was one of the first adolescent case studies. Today, he uses a cane in public, mainly so others know not to walk into him.

Thanks to Magee’s Adolescent and Young Adult Program, Lenny kept right on track with his studies and returned to school in September after his injury. While he reached his goal of walking, Lenny’s dreams of playing football in college gave way to a career in music. Initially, he wanted to write songs for other artists to sing. He started a band and quickly tackled the business aspects of the music industry, managing merchandise, tour schedules, and finances.

Lenny’s manager discovered him on Twitter and connected him with producer Noah Henson—a big name in country. He’s the guitarist for superstar Brantley Gilbert.

The summer of 2016 was spent mostly in a Nashville studio, writing and recording songs for Lenny’s debut album. He planned to release the record independently then shop it to labels, planning tours and local performances along the way. A friend set up a Gofundme page called ‘Lenny to Nashville’ to help offset the sky-high costs of producing a professional project like this.

As a thank you to Team Magee and to help other patients like him recover, Lenny planned to donate a percentage of his debut album sales to Magee.