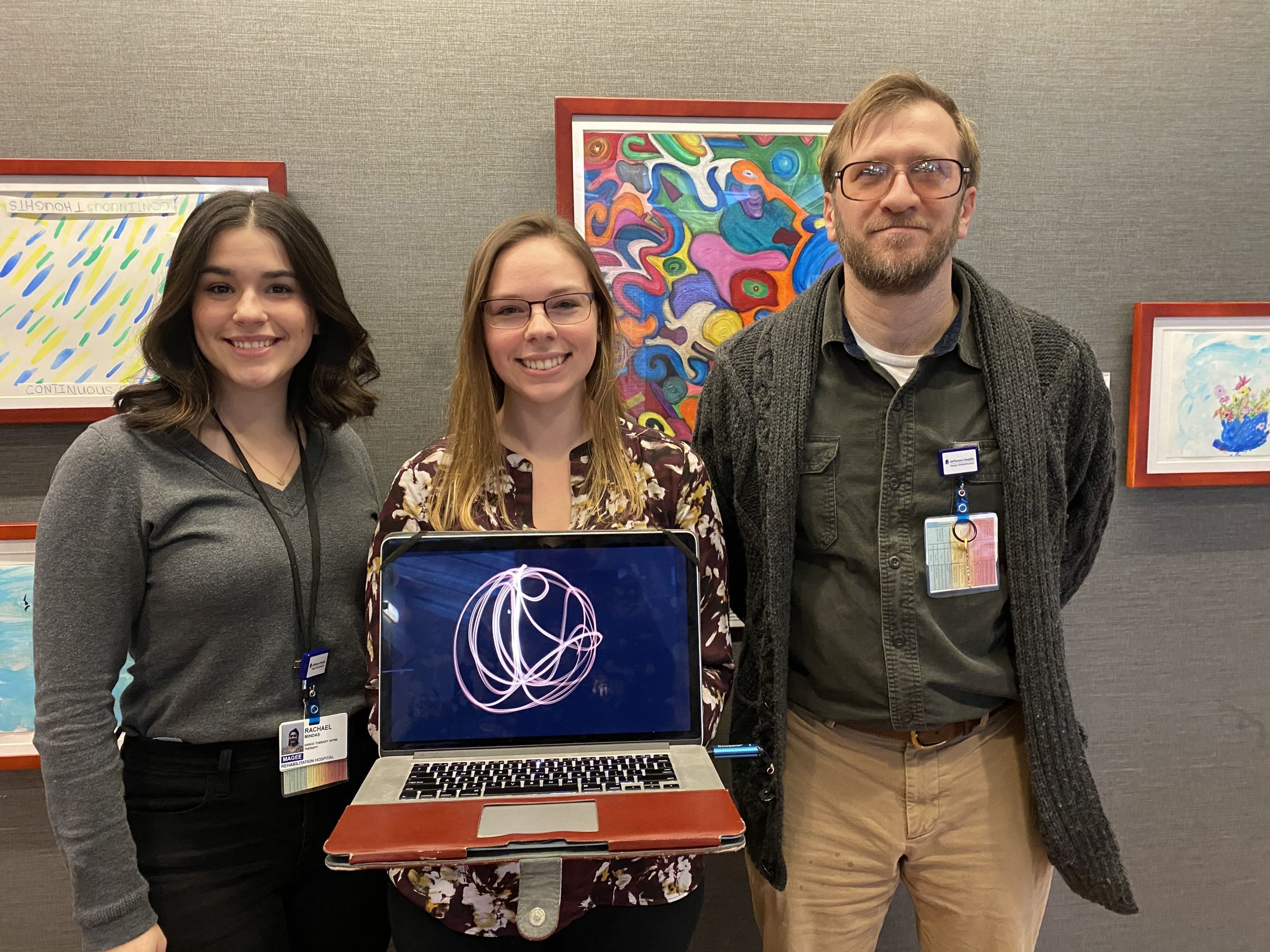 Posted by Alexandra.Hackett@jefferson.edu on September 18, 2020 | No Comments » » 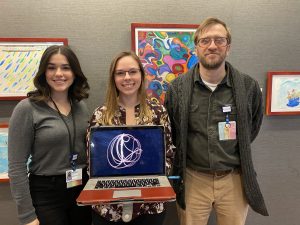 “I’m very proud of them for devising and implementing this on their own,” said John Glaubitz, Magee music therapist, who supervises the interns along with Magee art therapist Julie Nolan.

The project, somewhat abstract in nature, was carried out in two phases.

Lucy Watts, a graduate-level music therapy intern from Immaculata University, used the song, “When You Believe,” originally from the movie, Prince of Egypt, and worked with each patient to adapt the lyrics to their unique story and journey. She then recorded the song on the patient’s behalf with her voice using the adapted lyrics. 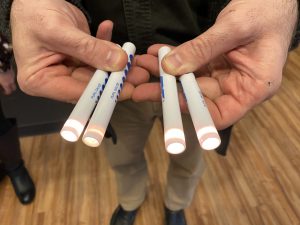 Small flashlights were used to “paint” with light

In the culminating step, Philip Forrest, a graduate-level art therapy and counseling clinical intern from Drexel University, used a digital camera in a completely dark room with the shutter open for 15 seconds, per-photograph. A flashlight was held in hand, taped or placed in a patient’s adaptive device (mouth-stick, splint or cuff), so they could use it as they were able.

“This method allowed us to give the patients the ability to draw without having to be limited by a two-dimensional medium such as a piece of paper. They didn’t need to have their hands or head angled in a certain way,” Philip said. “They were drawing in space and in time. They’re using light just like you use a paintbrush. That takes away quite a bit of limitation, especially here in physical rehab.” 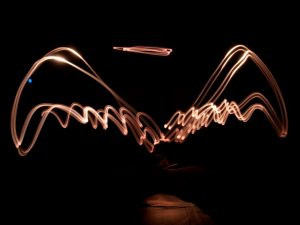 movement improvisation while Lucy’s recording of the patient’s song was played. The patients moved their bodies and flashlight to the music, and the camera captured the streaks of white light as beautiful patterns and designs. In addition to the photos of their unique designs, each patient also used the painting with light technique to create a single letter that, when the photos were combined, created the word “BELIEVE,” bringing their individual experiences together as a community.

“I think some people were really hesitant at first, because it’s a pretty broad concept and they weren’t sure how it would come out,” Rachael said.  She noted the growth from beginning to end. “There was a sense of ownership and pride in the work that they did.”

“One of the goals of the project is patient self-expression which is really important as they are recovering,” Lucy said. “This project brought out their personality, building their confidence and helping them rediscover who they are.”