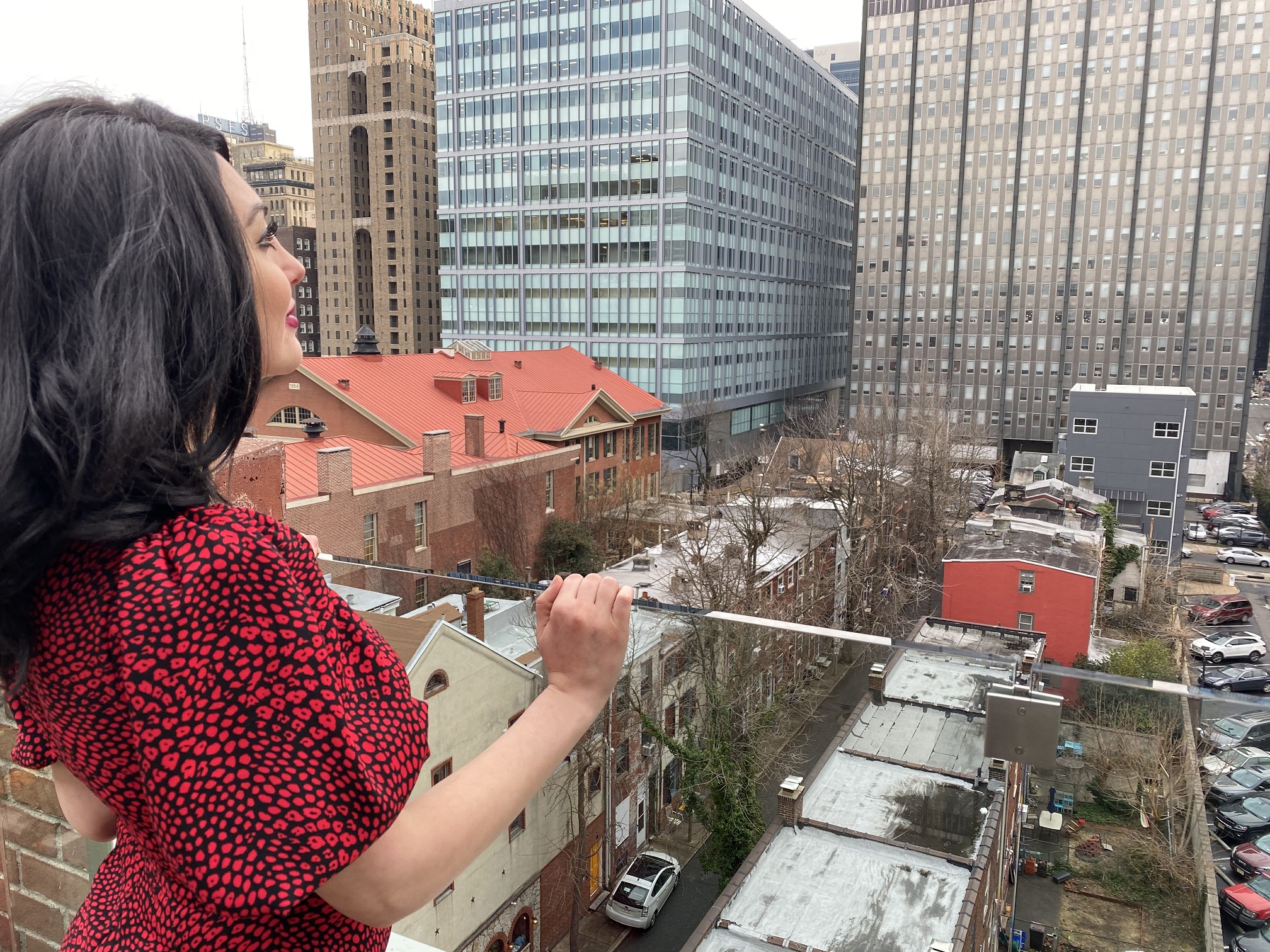 I See Life So Differently Now: How a Brain Injury Brought Tala’s Life into Focus

Posted by Alexandra.Hackett@jefferson.edu on February 27, 2020 | No Comments » »

Tala Ayyad stood on Magee’s sixth floor rooftop and looked out at the Philadelphia cityscape, watching the people below and listening to the sounds of the city. The red dress, lipstick and high heels she was wearing, a reminder of how far she had come since she was a patient here not so long ago.

“I see life so differently now,” she said. “I don’t get upset in traffic. The little things are no longer bothersome.

Tala was on her way to a friend’s apartment in the Old City section of Philadelphia on the evening of October 17, 2018. As she walked across the intersection of 3rd and Arch Streets, she was struck by a car going the wrong way on a one-way street. She has no memory of the accident, but is able to recount what happened from eyewitnesses and security cameras.

“My head hit the windshield and I was flipped into the air, landing about 20 yards away from the crosswalk. Fortunately, my friend heard the accident from the apartment and came running to my aid,” she said. “I sustained multiple fractures to my nose, face and skull. I had four broken ribs, a broken leg and lacerations all over my body. The impact also cause multiple hematomas on my brain.”

Healing the Mind and Body 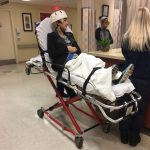 Tala’s parents flew from South Carolina to Philadelphia to be at her side. At a local hospital, she was put in an induced coma for 12 days. Doctors removed a piece of skull from the left side of her head to alleviate brain swelling. She would have to wear a helmet to protect her head until she was ready for the skull to be put back. Doctors also performed surgery on her broken leg. When her health stabilized she was transferred to Magee for acute inpatient rehabilitation. Due to the extent of her brain injury, it would take months for Tala to comprehend the severity of her condition and the gravity of the situation.

“When Tala arrived at Magee, she had severe cognitive-communication impairments. She had a lot of confusion and a difficult time expressing her thoughts,” explained Cydney Fox, Magee speech language pathologist. “She was also quite agitated and irritable.” 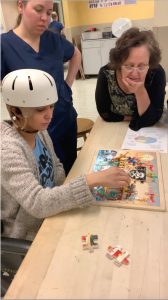 After doctors removed part of her skull, Tala wore a helmet for months to protect her brain as it healed.

The injuries sustained to her head didn’t impact her mobility as much it did her personality and behavior. The Magee care team explained to Tala’s family that her condition and demeanor were typical with this type of brain injury. And with rehabilitation and patience, they were optimistic that the Tala they knew before the accident would return.

“I can’t believe the stories they tell me. I was acting ridiculous,” Tala said with a laugh. “Apparently, I would ask the therapists and staff members to help break me out of the hospital many times.”

As her brain and body started to heal, therapists worked with Tala on intensive speech, physical and occupational therapies to promote recovery and stimulate her cognitive and communication skills. In speech therapy sessions, she was given exercises to help her find the right words to say, follow instructions, focus and complete activities.

“She was easily distracted and her attention was so impaired that it was hard for her to concentrate on one thing at a time. We also worked a lot on memory, explaining to her what had happened and why she was at Magee.  Over the course of her hospitalization, she made incredible improvements,” Cydney said. “Tala is very bright and so sweet, it was great to see her true personality shine as she recovered.” 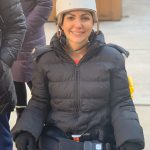 Tala was released as an inpatient in December 2018 and began outpatient speech therapy at the Magee Riverfront. Then, in mid-January 2019 doctors performed surgery to put back the piece of her skull they had removed a few months prior. But instead of getting better, in the days and weeks following surgery, she started feeling increasingly weak and at one point could barely talk. Tests concluded that Tala was battling an infection in her brain. The piece of skull was removed a second time. She was put on IV antibiotics and returned to Magee for a month to continue recovering. Despite the setbacks, Tala remained positive and determined, which she credits to her faith, the support of her family and friends, and the connections she formed with Team Magee.

“The people at Magee healed me physically, but how they helped to heal me mentally also stands out,” she said. “They went out of their way to help me. They’re like family.  When I see them now, it’s so touching. It changed my life. You all are my miracle.” 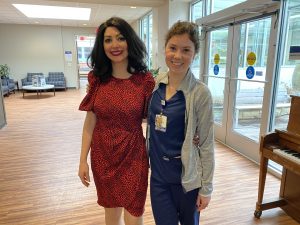 Tala now lives independently and returned to her job as a pharmaceutical sales rep in September 2019, eleven months after the devastating accident that nearly took her life. She considers each new day as a gift. Just after the New Year, Tala came back to Magee, not as a patient, but to visit to all of the people who cared for her during her stay. The vibrant young woman in a red dress was greeted by hugs and big smiles everywhere she turned.

“I’m proud to be a part of her recovery even in just a small way. I think about her often. I watched her come from a very difficult state, through a challenging time, and now to see her return to work, it’s truly amazing,” Cydney said. “She is doing so much and living an independent life. It brings tears to my eyes.”