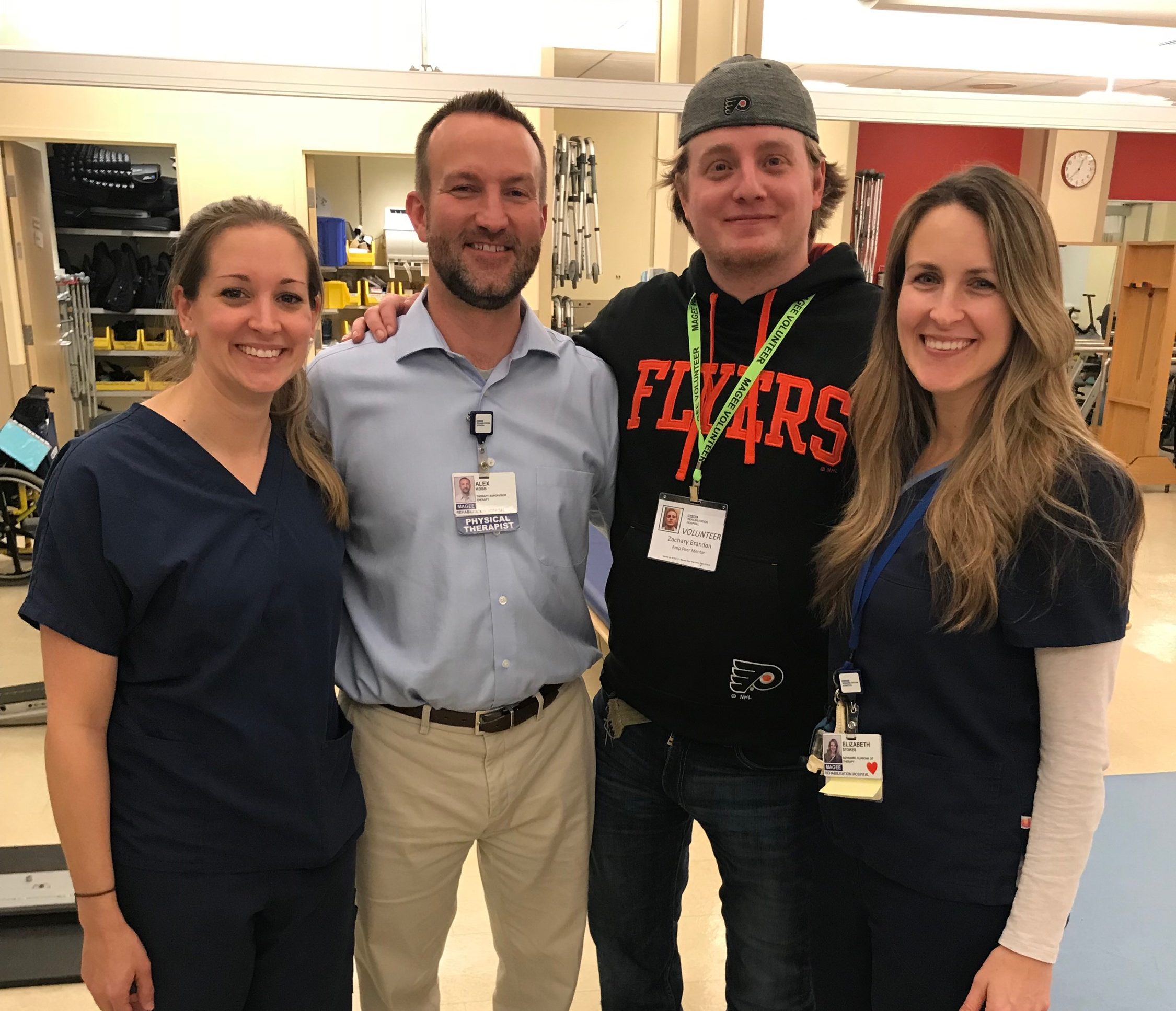 In September 2016, Zach was leading a busy life: he worked in retail loss prevention, served as a kickboxing instructor, and actively competed in mixed martial arts. Suddenly, on Sept. 29, his life would take a dramatic turn.

Zach was hanging out with friends when he was tragically injured by a gunshot wound to the abdomen. He spent the next four weeks in an intensive care unit recovering from the trauma, which ultimately resulted in a life-saving double-amputation. Zach can’t recall much of those four weeks, but he knew he had a long road ahead when he learned that both of his legs had been amputated.

Zach’s journey at Magee began with pre-prosthetic training in November 2016, where he learned to adapt to life a as a person living with a double-amputation. He later returned in April 2017 to begin prosthetic training, saying he “had to get comfortable with [his] new legs.”

Although his road to recovery seemed daunting at first, learning to adapt to his injury with the Magee team hardly felt like work at all for Zach. “I was greeted with positive energy from everyone,” he said.

To this day, Zach plays an active role in the Magee family as a peer mentor in the amputee mentor program and the amputee support group. “It keeps me humble, keeps things in perspective, and reminds of how far I have come,” he said. “It helps me as much as it helps others.”

Zach has maintained a “can’t stop, won’t stop” attitude since he became a patient at Magee. His motto has helped him excel in his recovery and beyond, even driving him to teach a kickboxing class the day after being discharged from Magee! Zach’s next goal is to create his own boxing and kickboxing class, and he eventually aspires to open a gym that is tailored to individuals with disabilities.

Keep up the amazing progress, Zach!