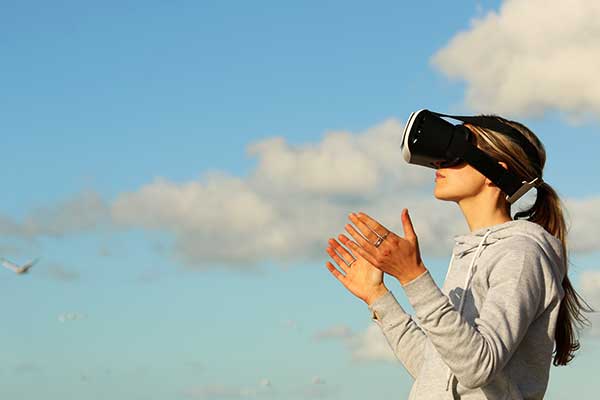 Walking through any mall, you can see virtual reality headsets used to make video game experiences more intense and interactive. They are mainly used for gaming, but VR headsets have also been used for training nurses, doctors, firefighters, and soldiers for special circumstance situations. VR headsets can make you feel like you’re living in a videogame or help prepare you for an emergency, but what about regaining muscle control and learning to walk again? In the last two years, a group called the Walk Again Project (WAP) has been using this immersive technology as a therapy to help people with paraplegia regain partial sensation and muscle control in their lower limbs. There has only been one recorded study done of eight chronic (3–13 years) post spinal cord injury (SCI) paraplegics who participated in a year long-term training with a multi-stage process aimed at restoring locomotion and gaining back sensory below their site of injury.

For their therapy, patients were first placed in a virtual reality environment where they learned to use brain activity to control an avatar version of themselves and make it walk around a soccer field. They also designed a long sleeve T-shirt which would provide feedback to the patients’ forearms, stimulating the sensation of touching the ground. The arms were treated as phantom limbs to help the brain think the patient was walking.

Each patient then used a custom-designed exoskeleton including a cap with nodes on the wearer’s head which picks up signals and relays them to a computer in the exoskeleton’s backpack. When the patient thinks about walking, the computer activates the exoskeleton.

Patients used the machine at least an hour each day and were eventually able to reactivate some voluntary movement and sensitivity. Each patient had a different recovery period but all eight patients experienced neurological improvements in somatic sensation (pain localization, fine/crude touch, and proprioceptive sensing). Patients also regained voluntary motor control in key muscles below the SCI level.