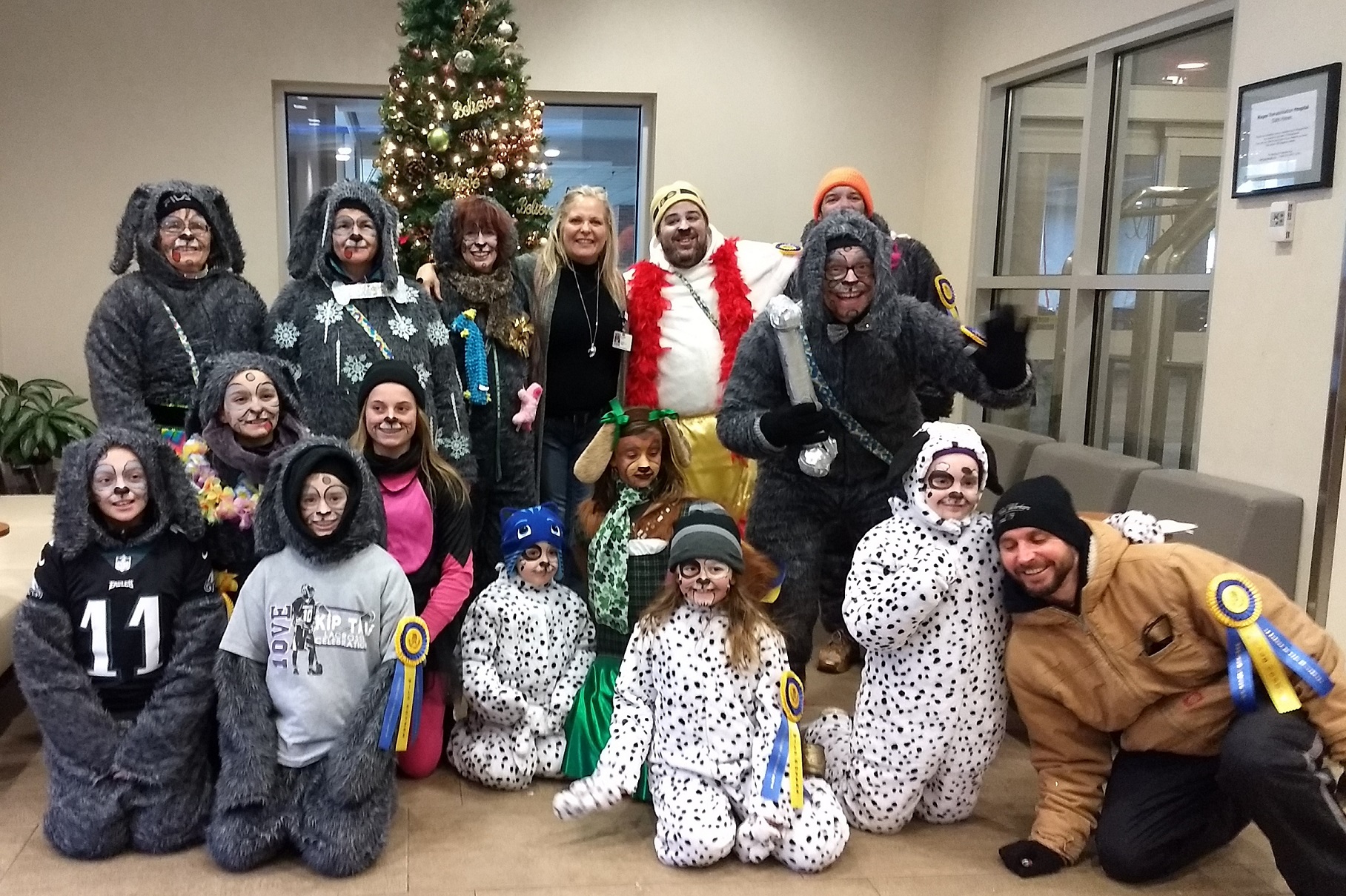 Ringing in the New Year at Magee 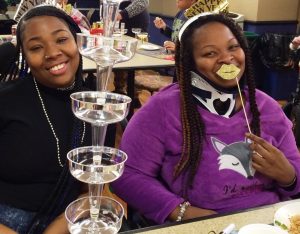 The countdown to midnight in Paris took place just before 6 p.m. Eastern time. Everyone counted down the seconds “10-9-8…” and as the clock struck 12:00 in Paris, the sound of noisemakers and cheers for a “Happy New Year!” rung out in the crowd. 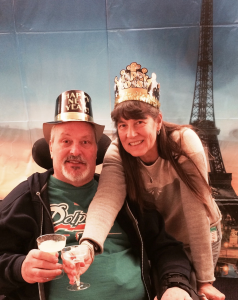 The live stream of Paris’ celebration at the Eiffel Tower on was on TV, and Auld Lang Syne played for all to sing along.  “Our patients and their family members adorned themselves with beads and party hats and were singing to the NYE party music while they lined up to get their photo in front of the Eiffel Tower,” said Robin Parry, Magee’s Concierge. “Everyone had so much fun, they forgot for a time that they were in a hospital!”

On New Year’s Day 2018, members of the Mummers’ Club The Wild Rovers NYA arrived in the morning to spread some holiday cheer to all floors.  Former Magee staff member Physical Therapist Shannon Ames is a member of the club and has brought them to Magee each year. The club’s theme this year was “Night at the Dawg Pound.”  Robin greeted the Mummers and led them to the floors to give New Year greetings to patients, visitors, and staff! 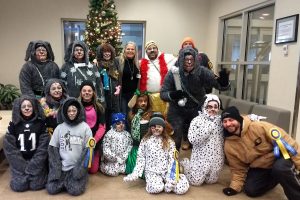 The Mummers visit Magee on New Year’s Day 2018. The Wild Rovers NYA theme was Night at the Dawg Pound.