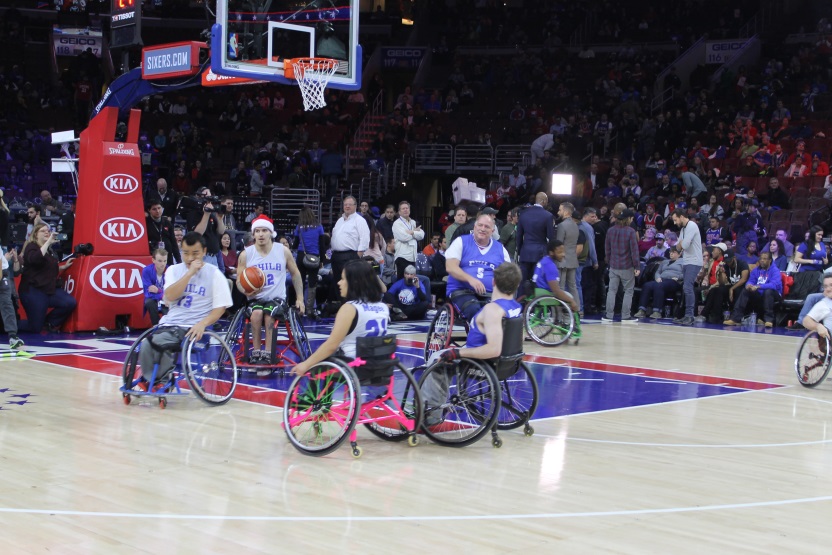 This past week was a busy one for the Magee Sixers Spokesmen wheelchair basketball team. On December 14, the team took to the court during halftime of the Philadelphia 76ers game against the Toronto Raptors. Not only did the entire stadium get to witness our athletes in action, but highlights of the exhibition made the 11pm newscast on CBS 3 later that night!

During the game, Magee’s  ThinkFirst program was presented with the “Game Changer” award.  Magee was given this award  for changing the lives of today’s youth through education about spinal cord and brain injuries.

The whirlwind week continued with Magee’s Annual Sullivan Classic Wheelchair Basketball Tournament. A total of five teams competed throughout the weekend. The Magee Sixers Spokesmen finished third. Congrats to the team on a great end to 2016!