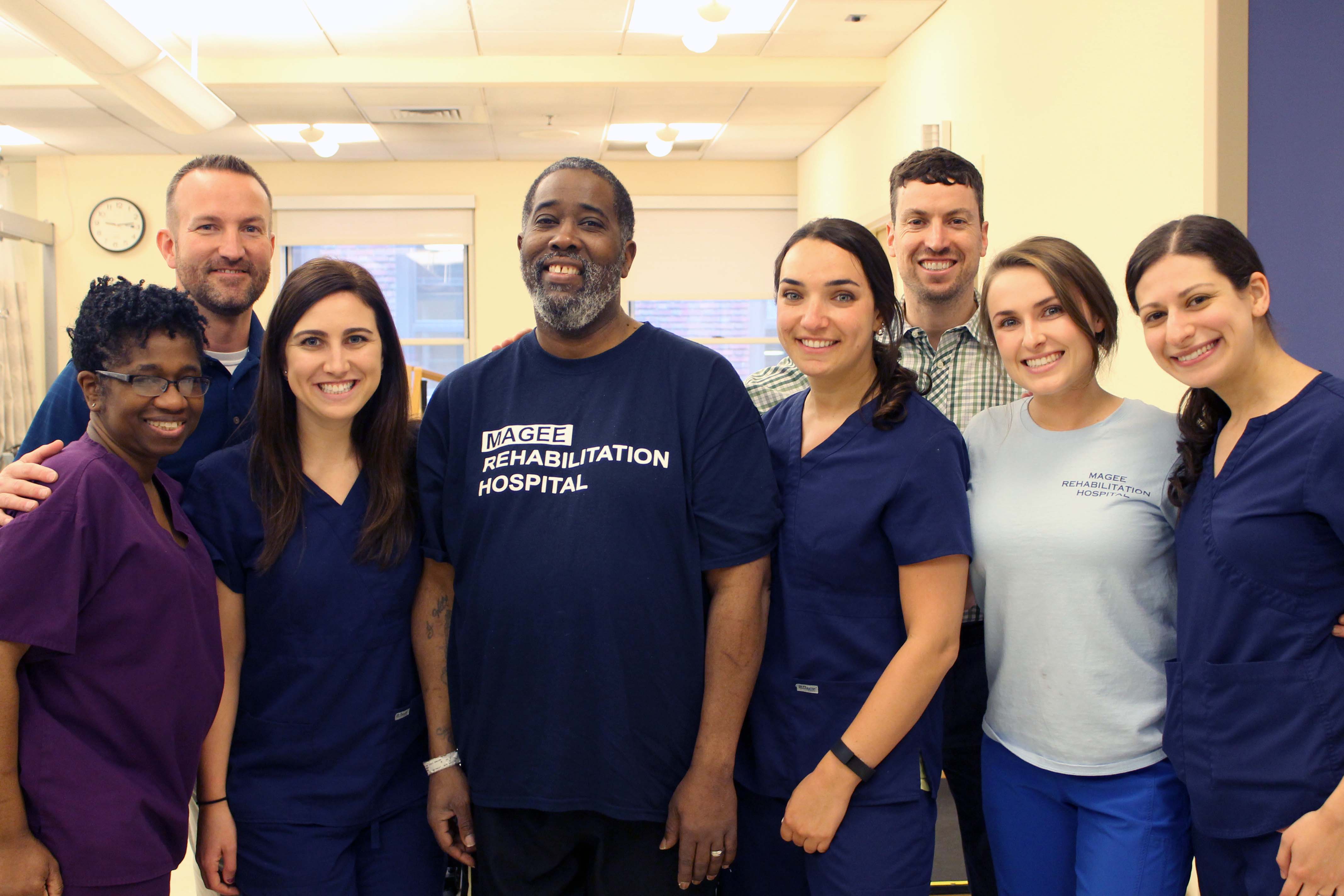 Philip Young says he knows exactly when his stroke happened. He was working at his desk at Drexel University on the morning of March 30, when his left side began to feel heavy. The 49-year-old thought to himself, “I might be having a stroke,” so he checked a mirror for one of stroke’s telltale signs: a drooping face. Philip’s face looked fine, so he finished out the work day. But he was not fine.

That night, Philip awoke at 3 a.m. and tried to walk to the bathroom. He collapsed. His wife called 911, and he was rushed to the hospital. His episode earlier that morning was indeed a stroke. Philip arrived at Magee on April 5 to begin rehab.

“I like boxing, and I came ready to rumble,” Philip says. “I take each day in the gym like a heavyweight bout.”

Philip quickly saw the rewards of fighting. One month after his stroke, he was standing and walking.

“When I first stood up and walked, I cried,” Philip recalls.

Philip’s left side was affected by his stroke, and he is left-handed, so that’s been one of his biggest challenges.

“Rehab is the hardest thing I’ve ever had to do,” Philip says. “Imagine telling yourself to get up and go get juice, but your body just doesn’t do it. That’s what having a stroke is like.”

With his discharge date finally in sight, Philip looks forward to returning home to his wife, Lois, and to singing his church choir at Faith Temple Church of God in Christ in the city’s Strawberry Mansion section.

Today, Philip says he doesn’t take anything for granted. “My sister and wife both work in healthcare, and they wanted me to come to Magee. I am so thankful I did. This place is no joke.”

To other stroke survivors, Philip says, “Don’t get down on yourself. Just go in with the mindset to fight, and tell yourself that losing is not an option.”

To learn more about the Stroke Program at Magee, click here.