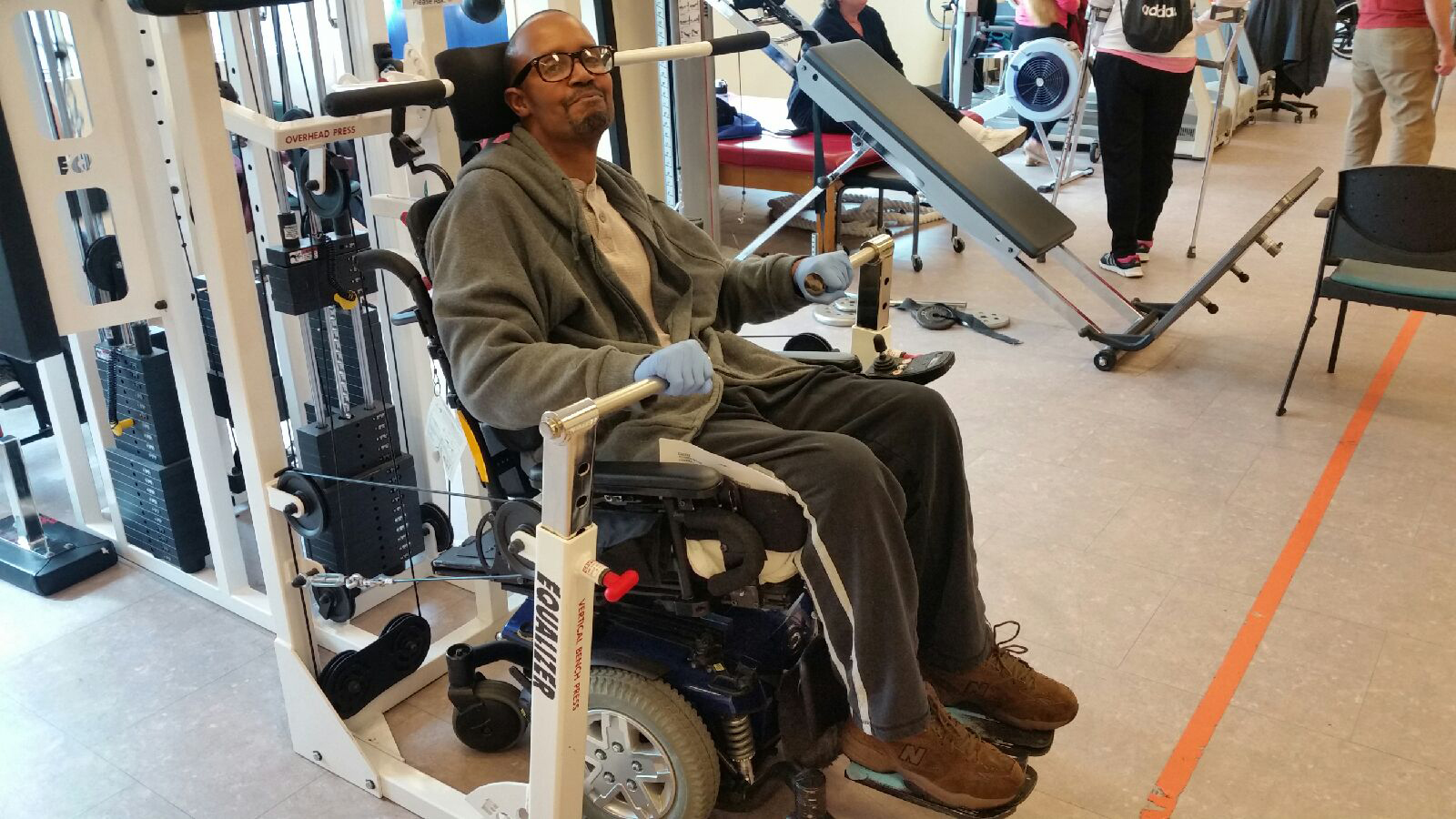 Magee awarded Darren a scholarship to its Health and Wellness Center, thanks to funding through a Craig H. Neilsen Foundation Project Grant.

For 52-year-old Darren Rogers, life has had its share of tough times, but he gets by with a little help from his friends.

While walking to work one evening in November 2011, Darren was attacked by two men in the Society Hill section of Philadelphia. They brutally beat him, shot him, and ran off with his backpack. His wallet was still in his jacket.

“It was totally random,” Darren says. His attackers left him for dead.

Darren remembers waking up in a hospital bed three days later. He sustained both a spinal cord injury and a traumatic brain injury.

Looking for some way to help, the Society Hill Civic Association set up a reward fund to catch Darren’s attackers. A group of 84 neighbors raised $17,500 for anyone with information that would lead to an arrest in the case.

While his neighbors worked, so did Darren, battling back from several operations to save his life and then six weeks of inpatient therapy at Magee.

Darren transitioned to outpatient therapy and then the Wellness program at Magee Riverfront.

Today, he attends the Wellness program on a scholarship, faithfully coming in to work out on the weight machines.

“Darren is a hard worker and a big sports fan,” former Wellness Coordinator Ian Crosby says. “You’ll often find him glued to the latest news on SportsCenter in between his sets.”

He lives at a nursing home in Plymouth Meeting, PA and is often visited by his aunt who lives nearby.

“My family has helped a great deal,” Darren says.

The two suspects in Darren’s attack were arrested for a similar crime. One has since died and the other is in prison for life. Because there was not enough evidence to prosecute Darren’s case, the reward money was returned to his neighbors. They turned the money over to the Darren Rogers Fund, to support his lifelong care.

“It’s the people who believe in you who help you the most,” Darren says.