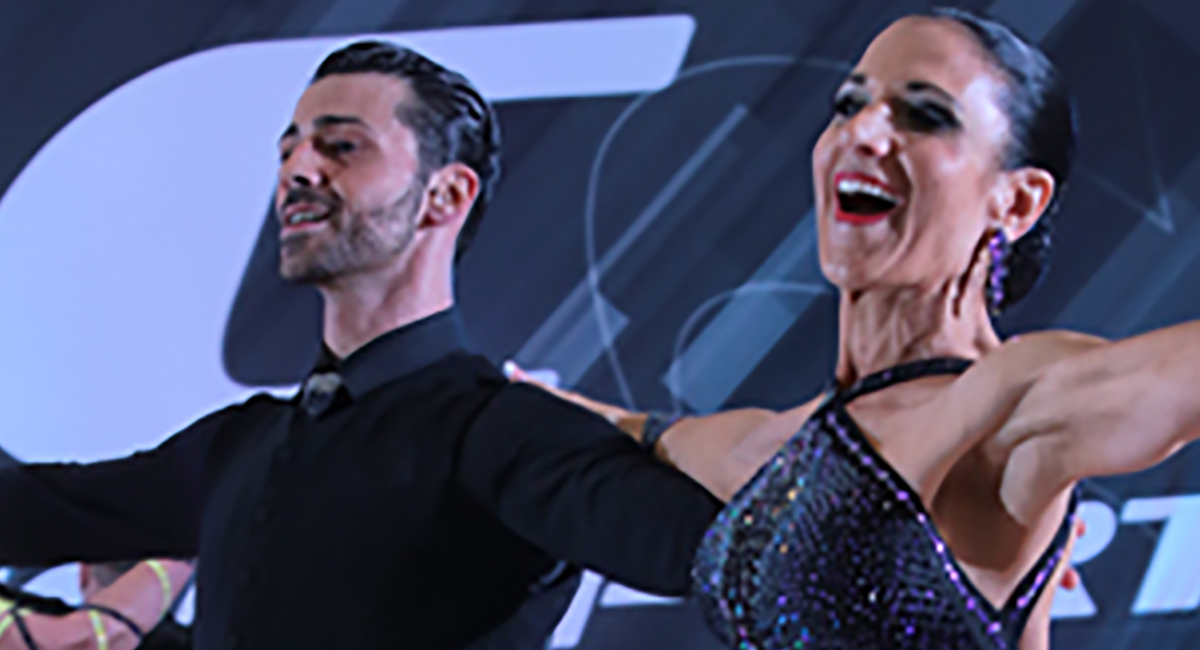 Marilyn was an avid ballroom dancer, but began experiencing severe pain in her hips. After a double hip replacement, Marilyn, 61, used her fierce determination to work her way back to the dance floor.

Marilyn discovered her love of ballroom dance just four years ago and was entering competitions mere months after her first class. It was also fairly early in her dance career that Marilyn developed severe bone-on-bone arthritis in her hips. She danced through the pain until eventually agreeing to see a surgeon who operated on her left hip in January 2014.

“In dance, it’s not just about memorizing the steps. The body is a piece of machinery, and you have to understand the mechanics,” Marilyn says. “If you have a car, you understand you need to keep the tires filled and change the oil.”

Immediately after that first surgery, Marilyn enrolled in the Day Rehab Program at Magee Riverfront, working diligently with her therapist for four hours a day, Monday through Friday.

“The first couple of days I was in pain, but I didn’t want to be babied,” Marilyn says. At Marilyn’s request, Deb created a boot-camp-like atmosphere in the therapy gym. “She gets it! Deb and I had an understanding that I was there to work.”

And work she did, competing against dancers 30 years her junior just three months post-surgery. The judges couldn’t believe it.

When her right hip grew more and more painful, Marilyn knew what she had to do. It was back to the surgeon for her second hip replacement in less than a year. Before she even entered the operating room, Marilyn had lined up her post-surgery rehab appointments with Deb.

“We all have challenges, some are physical and some are unseen. It takes a special individual to tap into that and to encourage and support their patient to get to the next level and beyond,” Marilyn says. “That’s why Deb was remarkable. She stood by and pushed, and then stood back.”

Having completed her second round of Day Rehab earlier this year, Marilyn has created a makeshift gym in the living room of her Philadelphia home. A treadmill, stationary bike, BOSU ball, and resistance bands are just part of the furnishings.

“PT is a lifestyle,” Marilyn says. “You have to put in the work at home. The key is being self-motivated.”

Marilyn also credits her fellow patients with inspiring her to work hard every day.
“What impressed me most at Magee Riverfront was that were people showing up every day with a lot of different challenges and yet they were there and working,” Marilyn says. “My heart opened.”

In mid-April, Marilyn returned to competition for the first time since her second hip surgery, at the Philadelphia Dance Challenge.

“My focus has always been on the idea that I was going to dance. This is who I am,” Marilyn says. “Things may change, but I will dance.”