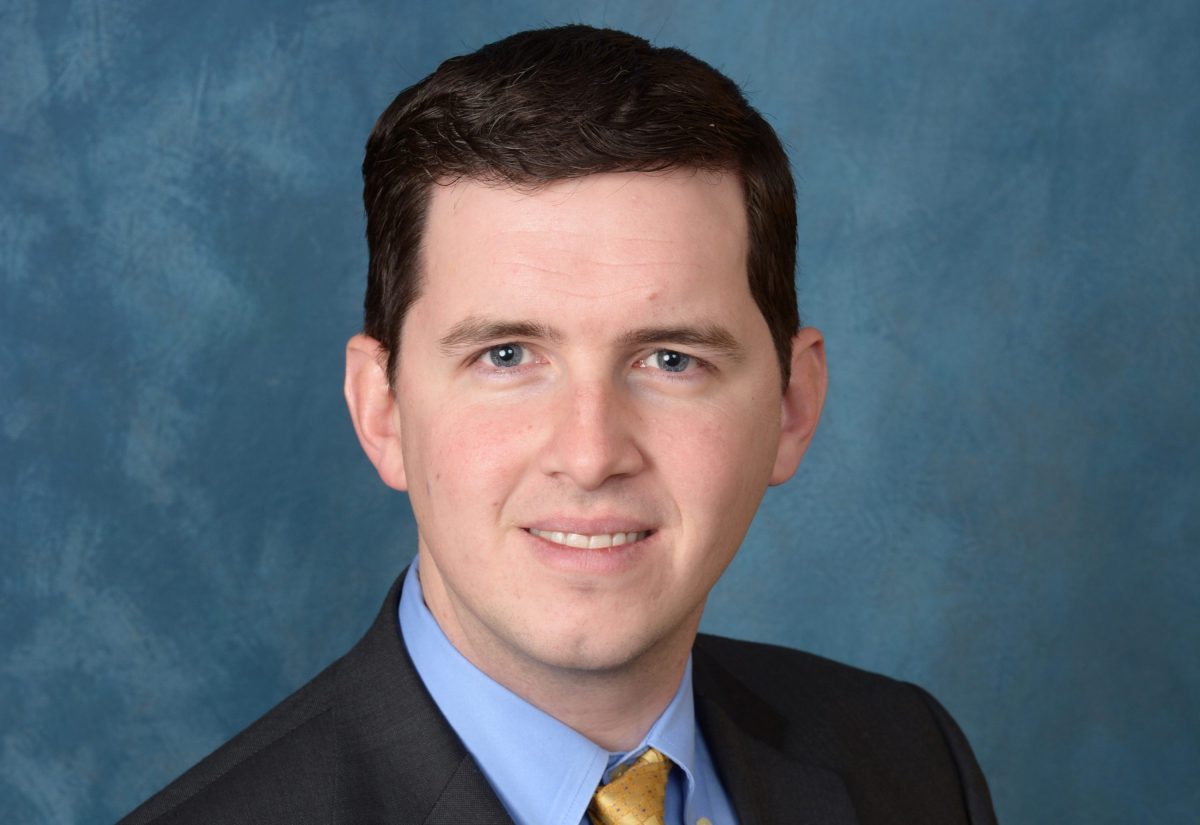 When he’s not practicing law, Tony likes staying active. He ran the 10-mile Broad Street Run just a year after his traumatic brain injury and almost every year since.

In April 2010, Tony Foltz was well on his way to following in his family footsteps. His parents and sister are attorneys; his younger brother is studying for the LSATs; and Tony was just three weeks away from graduating law school at Temple University.

When Tony stepped off the curb of the Benjamin Franklin Parkway one night, a hit and run driver derailed his plans. The driver slammed into Tony, leaving him with a traumatic brain injury and fractures to his leg, arm, hip, and skull.

Tony was just 25 at the time and doesn’t remember a thing about his accident. He was taken to the ICU at Hahnemann University Hospital and put into a coma. Portions of Tony’s skull were removed to relieve the swelling to his brain.

Ten weeks of intense physical therapy,occupational therapy, and speech therapy at Magee would follow. The memories of his time at Magee are foggy for Tony.

It’s hard to recall what happened first or last.

“I remember being really frustrated, wanting to get out of the hospital,” Tony says. “I had to go around in a helmet because of the craniotomy. I’m a young guy; I was embarrassed. But obviously everything they did was for the best.”

After his inpatient stay, Tony participated in outpatient therapy at Magee Riverfront. To focus on recovery, Tony had to withdraw from his final semester of law school. Incredibly, he returned to classes that fall and graduated in spring 2011.

“I’m just so grateful I got to go back to school,” Tony says. “It felt like starting from scratch, so I can’t thank my care team enough for getting me back on my feet physically and allowing me to get educated.”

Today, Tony is a public defender in Delaware County, PA. He takes anti-epileptic medication to counteract one of the lingering effects of his injury, but he hasn’t had a seizure in a few years.

When he’s not practicing law, Tony likes staying active. He ran the 10-mile Broad Street Run just a year after his injury and almost every year since. He loves cycling and recently started swimming in hopes of competing in a triathlon soon.

To others recovering from a life-changing injury or illness, “Be patient,” Tony says. “Please don’t be discouraged. It will seem very difficult, but you might get back even more than you expected.”