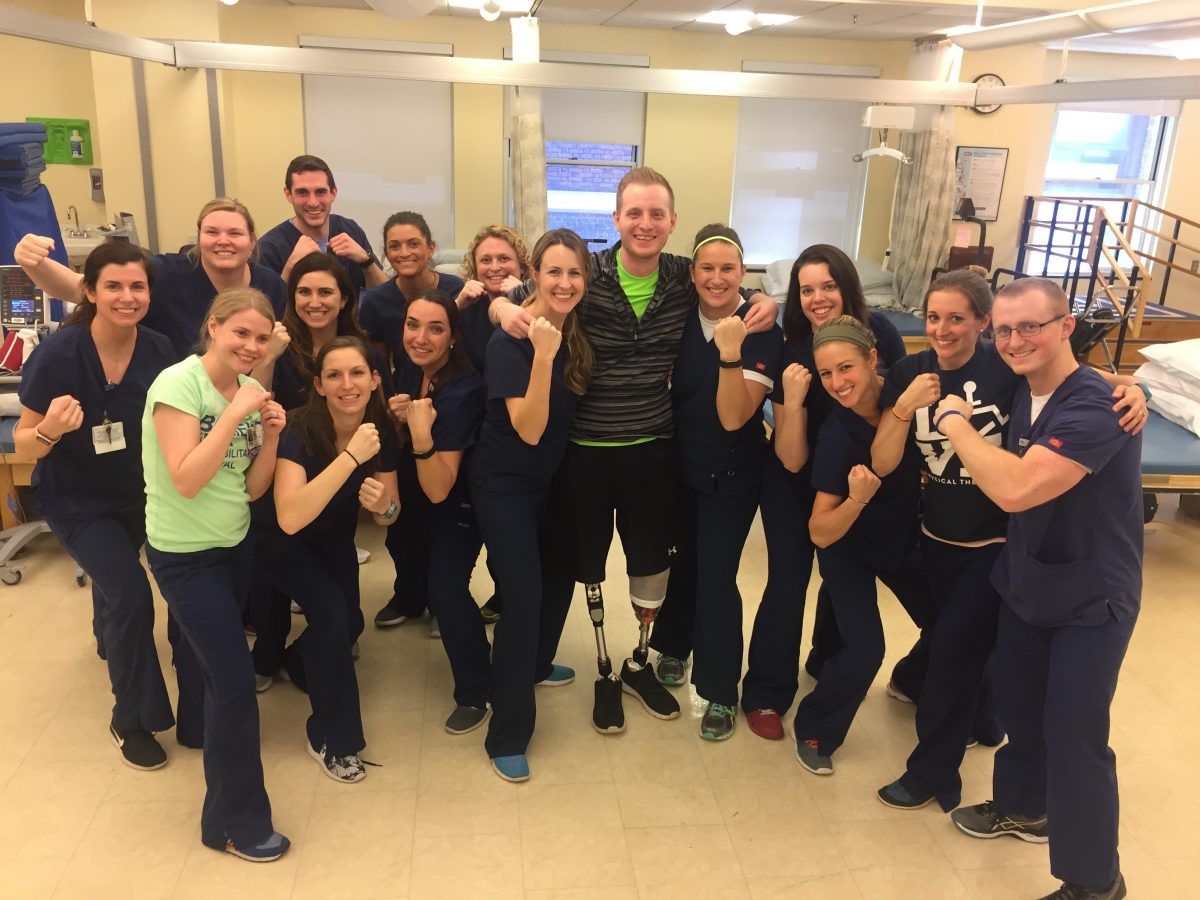 In September 2016, Zach Braden of Wilmington, DE was leading an active life. At 23 years old, he worked as a personal trainer and kickboxing instructor and competed in mixed martial arts.

One night, Zach was hanging out with friends when he was injured by a gunshot wound to the abdomen. He spent the next four weeks in intensive care, and to save his life, doctors would have to amputate both legs (right above the knee and left below the knee.) Zach can’t recall much of those four weeks, but he knew he had a long road ahead.

That November, Zach began his journey at Magee with pre-prosthetic training, learning to adapt to living with a double amputation. “I was greeted with positive energy from everyone,” Zach recalls.

He later returned in April 2017 to begin prosthetic training, to get comfortable with his new legs.

“I related my injury to my work as a personal trainer,” Zach says. “I always told my clients that success does not happen overnight; it takes time. You will have good days and bad days, and it will test your strength but continue to set goals and come back positive.”

Today, Zach plays an active role in the Magee family as a Peer Mentor for fellow amputees and working with the Amputee Support Group.

“It keeps me humble, keeps things in perspective, and reminds me of how far I have come,” Zach says. “It helps me as much as it helps others.”

Zach has maintained a ‘can’t stop, won’t stop’ attitude since he became a patient at Magee. His motto has helped him excel in his recovery and beyond, even driving him to teach a kickboxing class the day after being discharged from Magee! Zach’s next goal is to create his own boxing and kickboxing class. One day, Zach hopes to open a gym that is tailored to people with disabilities.